5 Fad Diets That Failed
Every year a host of diets hit the market that promise consumers what has yet to be seen: lasting and effective results. As our country's waste line expands it seems that, in equal measure, so does are appetite for quick fix diet schemes that promise huge results without a lot of effort. This isn't a new trend and, in fact, fad approaches have been around for a long time. But, as always, they results that these programs promise fall far short when in comes to results and most often have disastrous effects on our health and well-being. Here's a list of five current fad diets that just don't work.

The Detox Plan:
This has been around for a few years but has held on to its popularity. In theory, this plan promises users that they'll lose weight when cleaning out your body. Through the use of liquid concoctions that are usually made from various and bizarre mixes. When ends up happening though has been shown to have lackluster results. There's been, to date, no substantial evidence that's supported the approach of purging your intestines of “toxins.” It makes you loose weight because you're shifting to a liquid diet but as soon as the participant eats solid food again, the weight comes right back on. You can get the same result from eating a high-fiber diet without going off of solid food.

The Snack Pack Diet:
We've seen a lot of ads for companies that are putting out 100-calorie snack packs that are designed to limit the damage from incessant snacking. Though the dozens of low calorie snacks on the market offer a less fattening alternative, too many people are treating them as an alternative to food altogether. Supplementing your dietary needs through the use of vigorously withholding necessary nutrients isn't going to help your body. Getting a well balanced diet while implanting portion control is far more effective than munching down on a low-calorie portion of Cheetos or Oreos.

The Twinkie Diet:
This was a diet craze that hit the market years ago and, as preposterous as it sounds, it was very popular. It was all about counting calories so you could eat as many Twinkies as you wanted just so long as your daily caloric intake was under the limit. Although calories do count, what you're getting from some of those calories is really important and if you're eating nothing but junk calories, then that's all you're putting into your body.

The HCG Diet:
This is a current phenomenon that many women are using. In practice, for 26 days, while only eating 5 to 7 hundred calories a day, you take hormones that are naturally produced in women during a pregnancy. It's had a lot of backlash given that the diet insists that the participant abstains from any exercise. In conjunction with the hormones and minute caloric intake, the body jumpstarts its metabolism and cause massive weight loss. Now the results are real but the damage to the kidneys and other organs have made this diet very unpopular among health officials that underscore that there's no substitute for a healthy regiment of food and exercise.

The Atkins Diet:
This was a craze that galvanized the nation and led many restaurants to offer Atkins-friendly options in order to placate an interested public. By taking out all carbs, participants could eat what ever they wanted so long as it had no carbs in it. The result was that people lost weight but they were doing long-term damage to their body. Through introducing far to much fat and other harmful foods into their intake, many people were seeing an increased risk of heart attacks.

Fad diets will always be around so long as there's a weight problem. In the west, there's a prevailing notion that somehow there's going to be a magic bullet for weight loss that's all contained within a single pill or system. People seem to be a fickle breed and will believe anything but there's a reason why exercise and potion control have always proven to be the most effective way of combating obesity.
#diet


Other Shares
What is mineral water? Should we consume...
1,134 Click 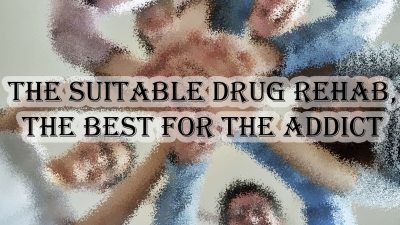 4 Tips for Effective Hand Care You use ...
3year 5month ago

Speech Therapy: Talking to Your Child at...
3year 5month ago

Pizza: A Global Food Phenomenon All the...
3year 5month ago

Can My Dog Be a Vegetarian Like Me? Veg...
3year 5month ago